In a PowerShell, the While loop is also known as a While statement. It is an entry-controlled loop. This loop executes the statements in a code of block when a specific condition evaluates to True. This loop is easier to construct than for statement because the syntax of this loop is less complicated.

Syntax of While loop

Flowchart of While loop 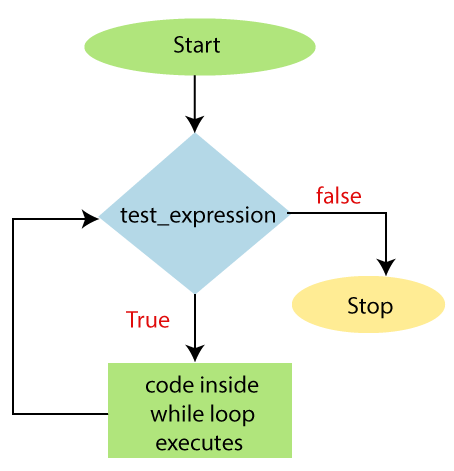 Example1: The following example prints the values from 1 to 5 using while loop:

In this example, the condition ($count is less than equal to 5) is true while $count = 1, 2, 3, 4, 5. Each time through the loop, the value of a variable $count is incremented by 1 using the (+=) arithmetic assignment operator. When $count equals to 6, the condition statement evaluates to false, and the loop exits.

In this example, the while loop is executed n number of times. And each time, the value of the variable $i is added to the $sum variable and values of $i is incremented by 1.

Example3: The following example prints the factorial of a number using while loop:

Next TopicContinue and Break Statement

How To Create Excel File From PDF?

How to Remove Watermark in Excel