In simple mathematical terms, the median is defined as the middle value in a given data set, separating the higher half of data values from the lower half. More specifically, it is the middle value of the data set where the elements are arranged in order of magnitude.

Similarly, “The Excel Median() function returns a number which is in the center value of all numbers in the given data set“.

NOTE: Median is calculated after arranging the data set either in ascending or descending order. In Excel, the orderly arrangement of the data set won’t be visible as it is done in the backend.

People always confuse mean with median and sometimes use the words interchangeably. But both are different as they mean the average value of a group of numbers. In contrast, the median is the middle value when the data set is arranged in ascending or descending order. The median is less susceptible to outliers (extremely large or small data values). Therefore, it is advised to use MEDIAN in calculations for asymmetrical distribution. A perfect example is a median salary as it gives a better idea of how much the employees earn in particular. In contrast, if you have calculated the mean salary, there are chances the figures may get twisted due to extremely low or high salary figures.

4 Facts to remember about Excel Median

Solution: Select a cell and type the below formula to calculate the median of the above table. 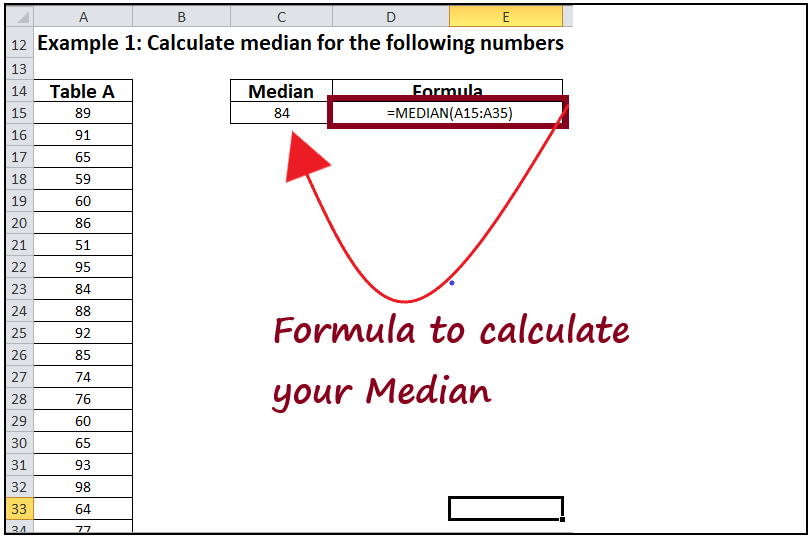 If you sort the values ascending, and count the number of observations here, we have 21 (in Table A) and the middle observation would be the 11th observation which has a value of 84.

Solution: Select a cell and type the below formula to calculate the median of the above table. 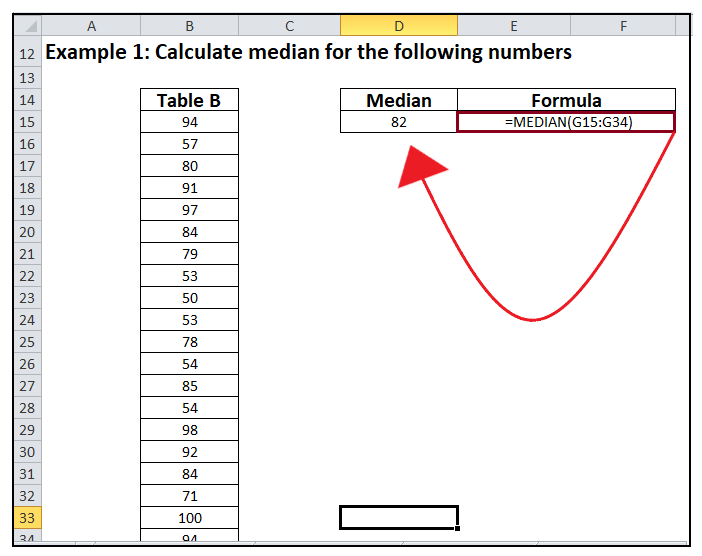 As demonstrated in the above example, the Excel Median formula works in the same manner for number and date values because dates are considered number values in Excel. Go ahead and try the MEDIAN formula for Dates values as well!

Example 2: Find out the median of the below table based on criterion. Calculate median where the Parts are equal to Desktop. 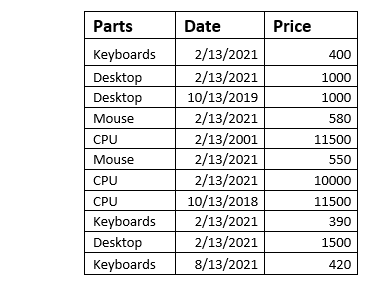 Although there are no special functions in Microsoft Excel to calculate a median based on conditions, as we know, Excel allows us to create a customised formula by merging two or more functions. The same trick we can use to build our own MEDIAN formula integrating it with the IF function.

In the above screenshot, to find a median amount for Desktop, we have created another table with parts name, median and formula and with the help of following formula to we fetched the median of the specific item based on that condition:

In the above example, we have found the Median based on single criteria, but you can also indulge more and can use the Median formula for multiple criterions. Go ahead and give it a try!

How to recover unsaved Excel file

How To Use Excel To Summarize Surveys

Turning Off the Automatic Formatting of Dates

How to add prefix in Excel