VBA Dim is a keyword that is used for the word dimension. It is also used to declare variable names and their data types. VBA Dim is applied at the starting of the macro codes. VBA Dim follows the following syntax, such as:

There are four types of Dim statements, such as:

Below are some main reasons to use VBA Dim in our program and declare the variables, such as:

Dim statements can be declared at the three levels, such as:

To declare as the data type, we use Integer. Consider three variables and declare each of them as integers with the help of Dim keyword.

Step 1: Declare the variables A, B, and C as integers and assign their values.

Step 2: Display the value of the C variable with the help of the msgbox function.

Step 3: Run the code using the Run button, and we get the following output.

A variable that is not accessible within the scope in which it was declared. In VBA, Private variables can be declared in ALL ranges except for Subs and Functions. Below is the example of private variables: 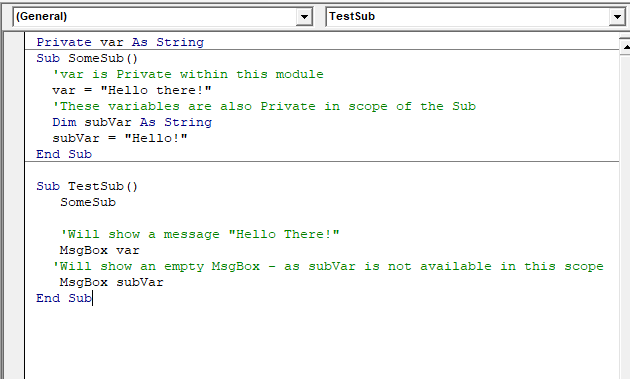 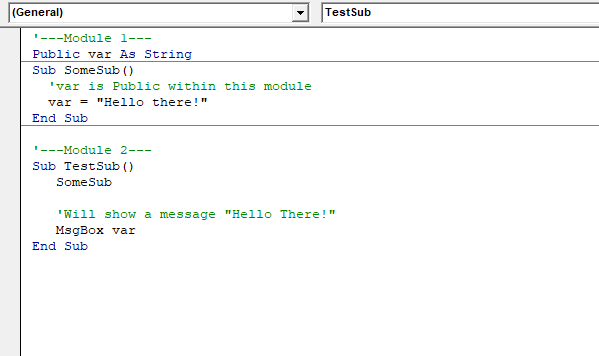 To Insert Table in MS Word

How To Calculate Modal In Excel

How to remove time from date in excel