Variable is a specific memory used to hold values that are stored in a storage system and computer memory. You can use these values in the code, and it can be changed during script execution. The computer fetches these values from the system and shown in the output.

Each variable must be given a name. Some are the basic rules to name the VBA variable, such as:

you need to declare the variables before using them by assigning names and data type, in VBA.

In VBA, variables are either declared implicitly or explicitly.

Implicitly: let’s see through an example of a variable declared implicitly.

Explicitly: let’s see through an example of a variable declared explicitly.

VBA variable is not different than other programming languages. To declare a variable in VBA, you can use the “Dim” keyword in syntax.

How to Execute the Variables

Step 2: Enter the macro name such as macro1. 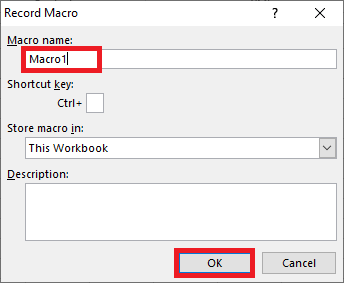 Step 3: Open the macro editor, and enter the code for the variable in the macro1. 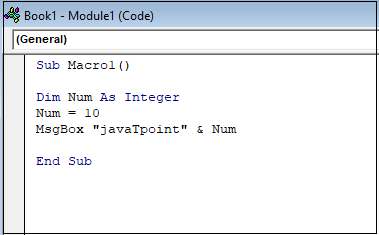 Step 4: Execute the code for Macro1, and you will get the below output in your sheet.

Before declaring variables, We will create a basic VBA program that displays an input box to ask for the user’s name then shows a greeting message.

Step 3: Select a Command Button, as shown in the below screenshot.

Step 4: You will get the Dialogue window. 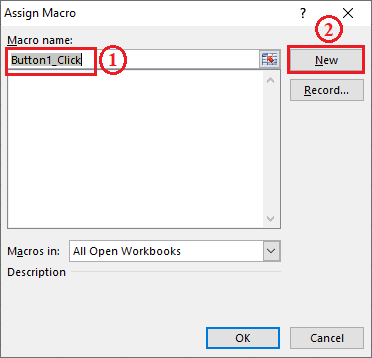 3. You will get the code window and enter the following code.

Step 5: Close the code window. And,

1. Right-click on the button named Button1. 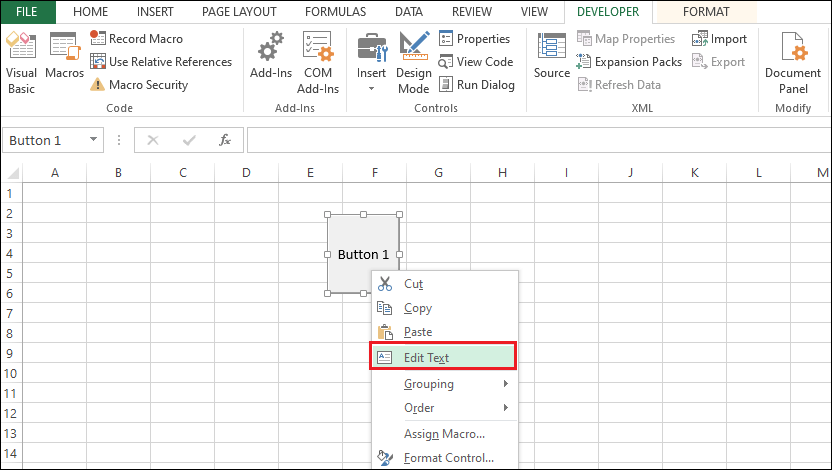 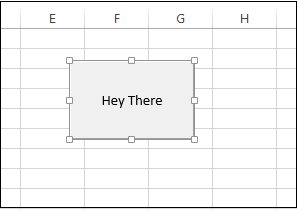 5. You will get the input box as shown in the below screenshot.

7. Then you will get the message box as shown in the below screenshot.

How to Declare Variables

Let’s take an example on how to declare variables in VBA. We will maintain the three types of variables, such as joining date, string, and currency.

Step 1: Previously, we insert a Command Button in excel sheet.

Step 2: Go to the Macros and 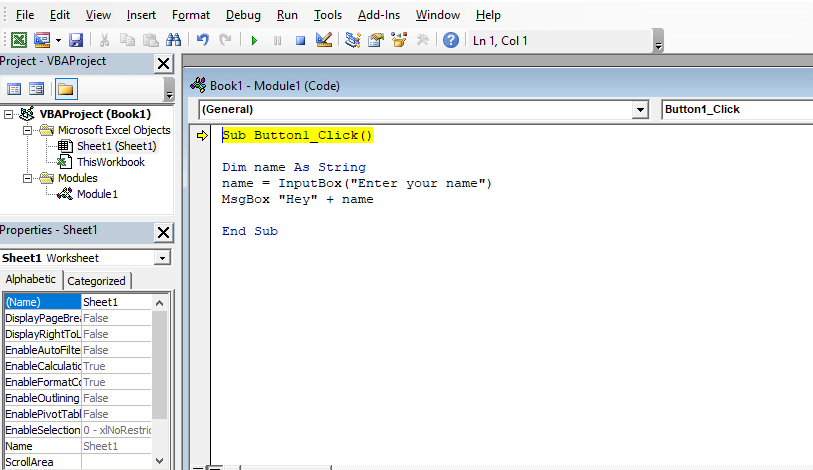 Step 3: Write your code to declare the variables.

Step 5: Turn off the Design Mode before clicking on the command button.

Step 6: Then click on the Command button. It will show the variables as an output for the range we declared in the code. 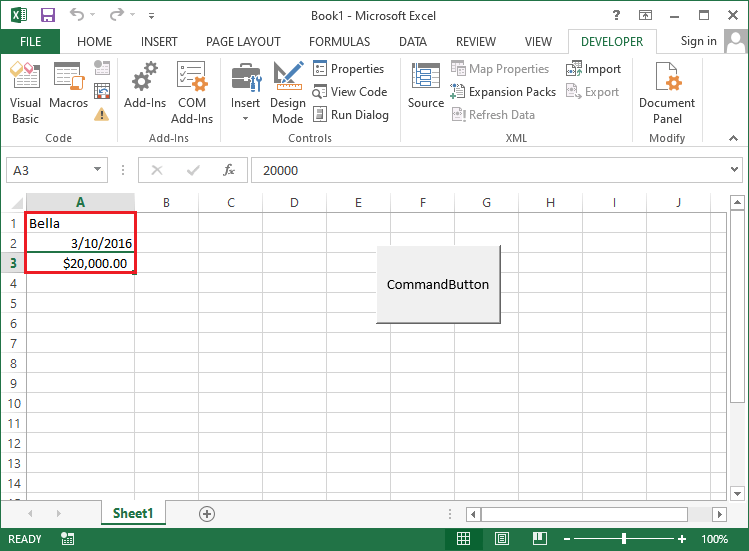 How To Calculate Kurtosis in Excel

How to subtract in excel